A sad story from our current relief mission in Calais:
As we were collecting garbage with some other volunteers at one of the many wild tent camps in Calais, suddenly 10 buses arrive and 50 heavily armed, scowling policemen get out. They chase us away in an unfriendly manner with the argument that they now have to perform an “operation” here. This refers to the evacuation of a small forest area where about 100 refugees have to live in tents and under tarpaulins.
The police here in Calais regularly confiscate the few belongings of people fleeing in order to scare and intimidate them, with the aim of putting them in a permanent state of stress. Sometimes during these evictions people are kicked out of their tents by force and recently a police officer even urinated on one of the tents during such an eviction. It is pure contempt for humanity!
For over 30 years, neither the city nor the state has been willing to provide housing for refugees, preferring to spend millions of euros per year on this disproportionate police presence. However, the police officers are exchanged for new, “unused” colleagues after only three weeks of deployment in Calais, because they then start to show “feelings” and can no longer crack down hard enough during the operations… 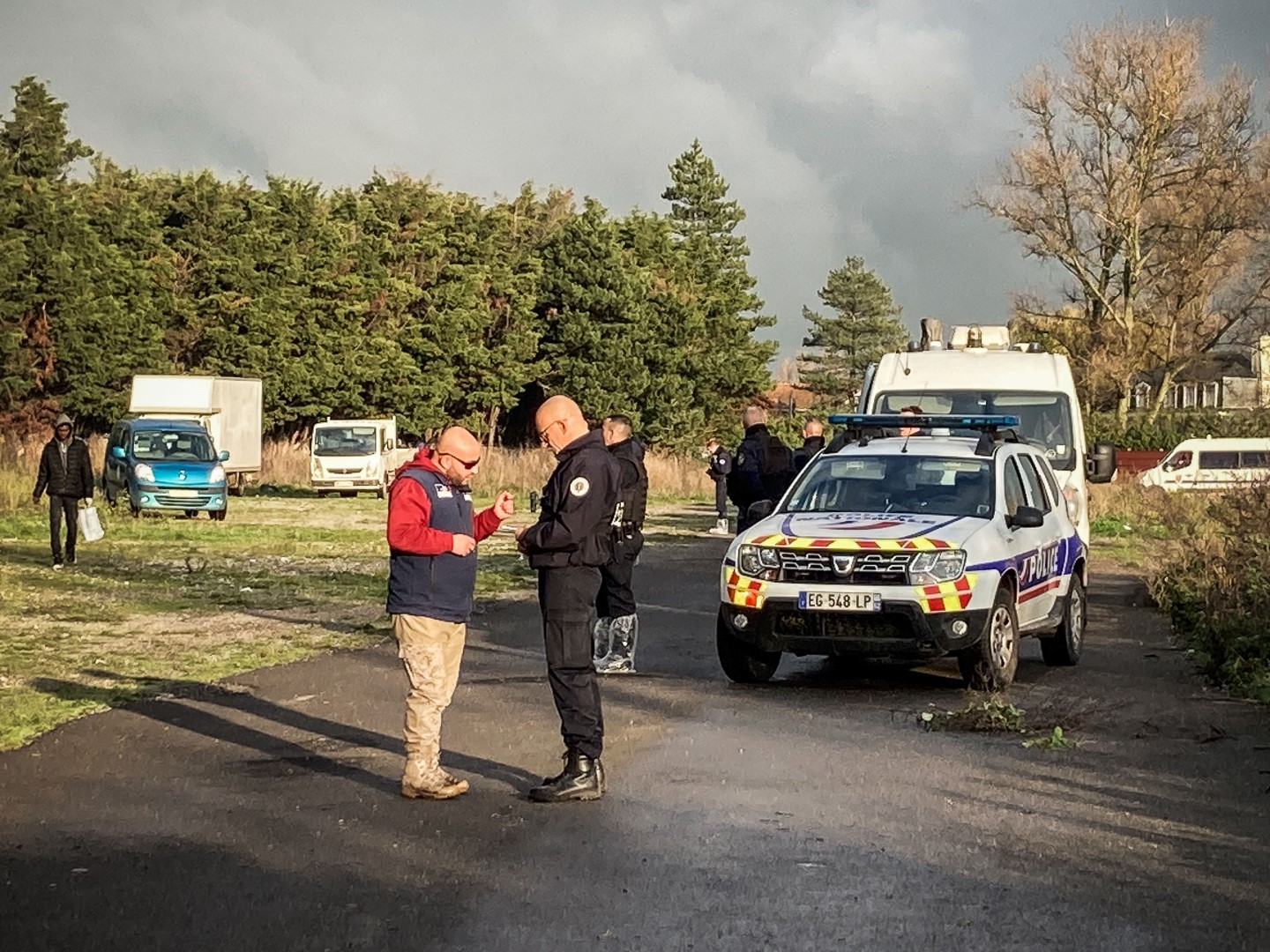 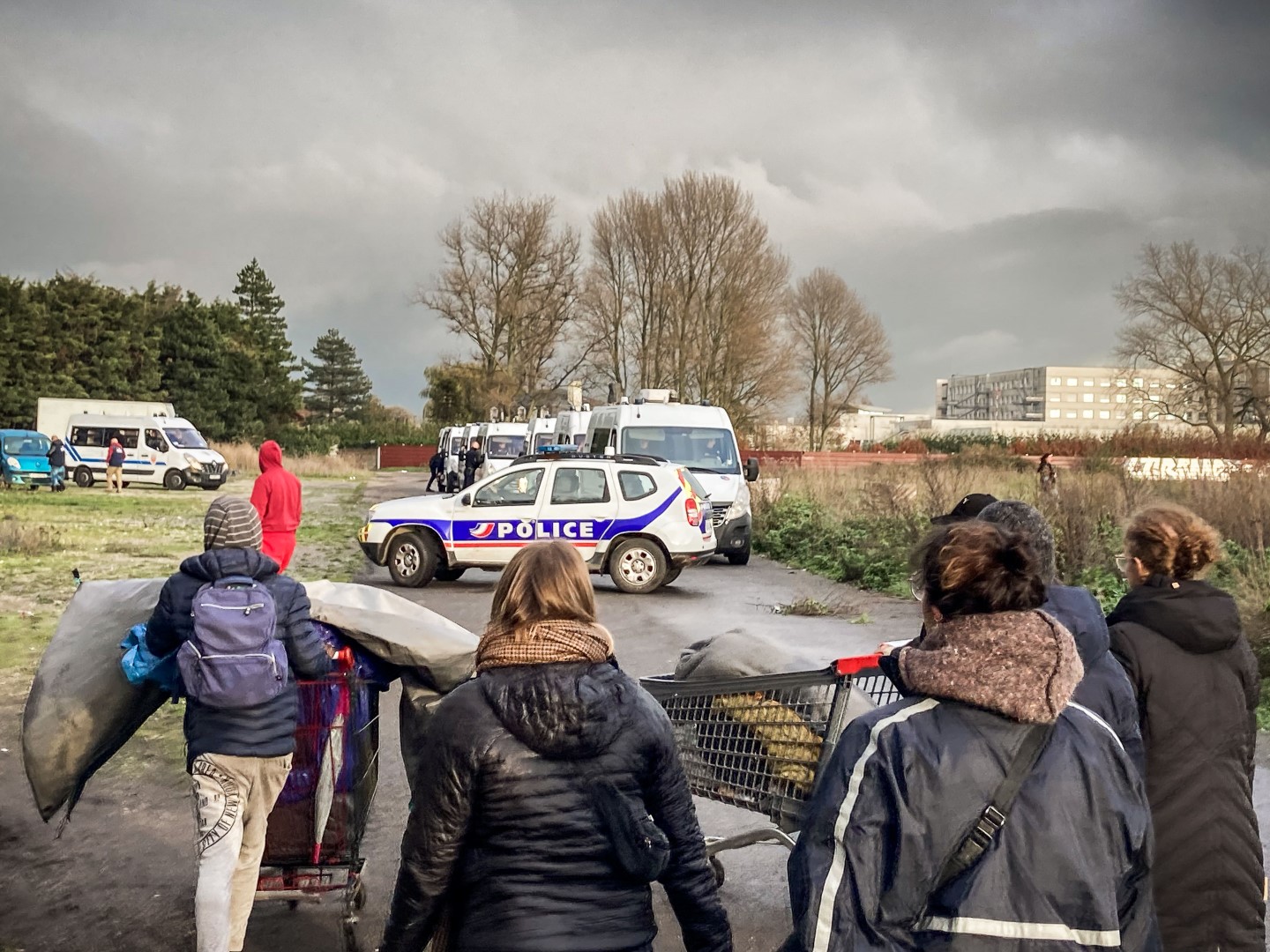 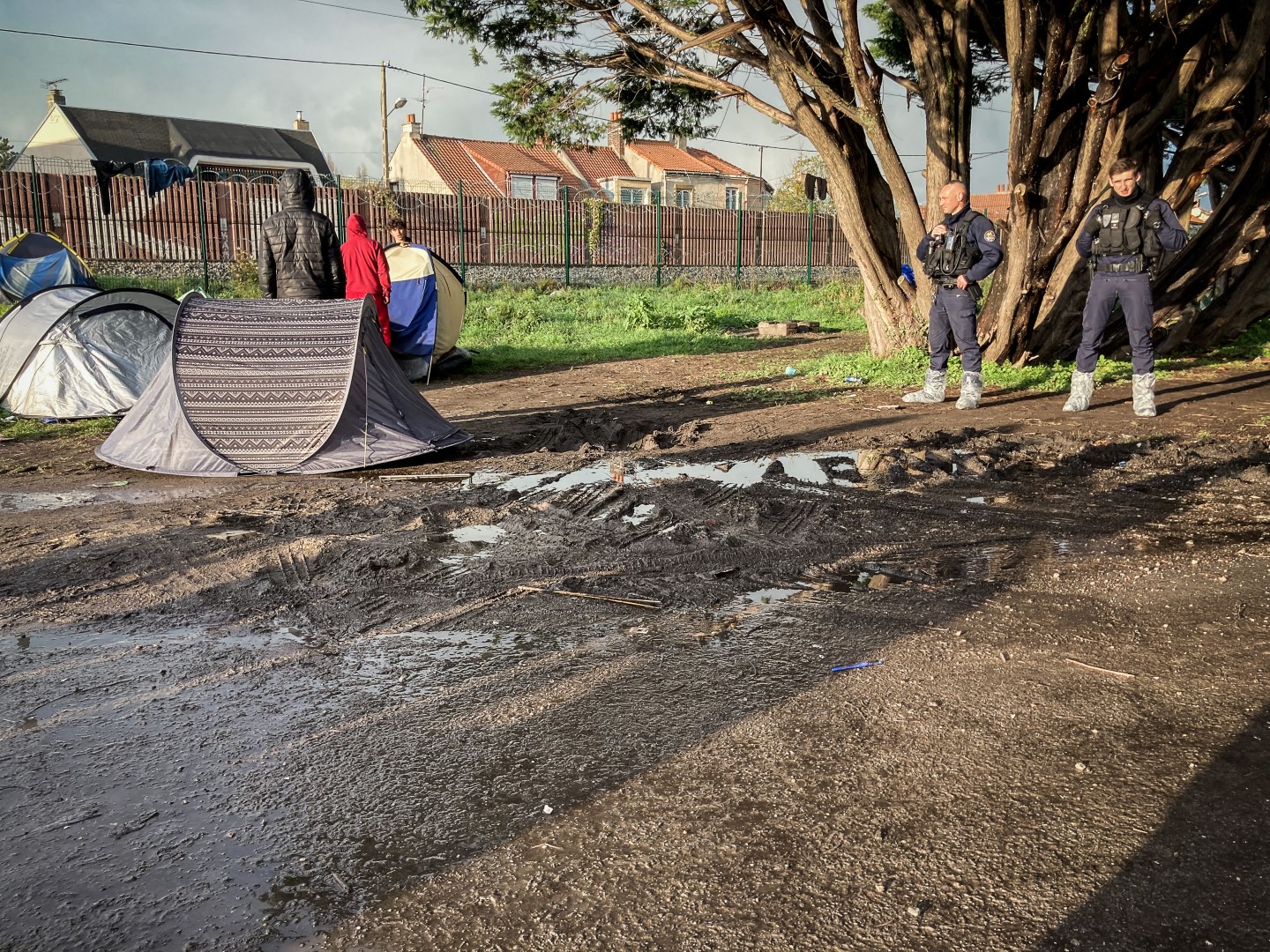 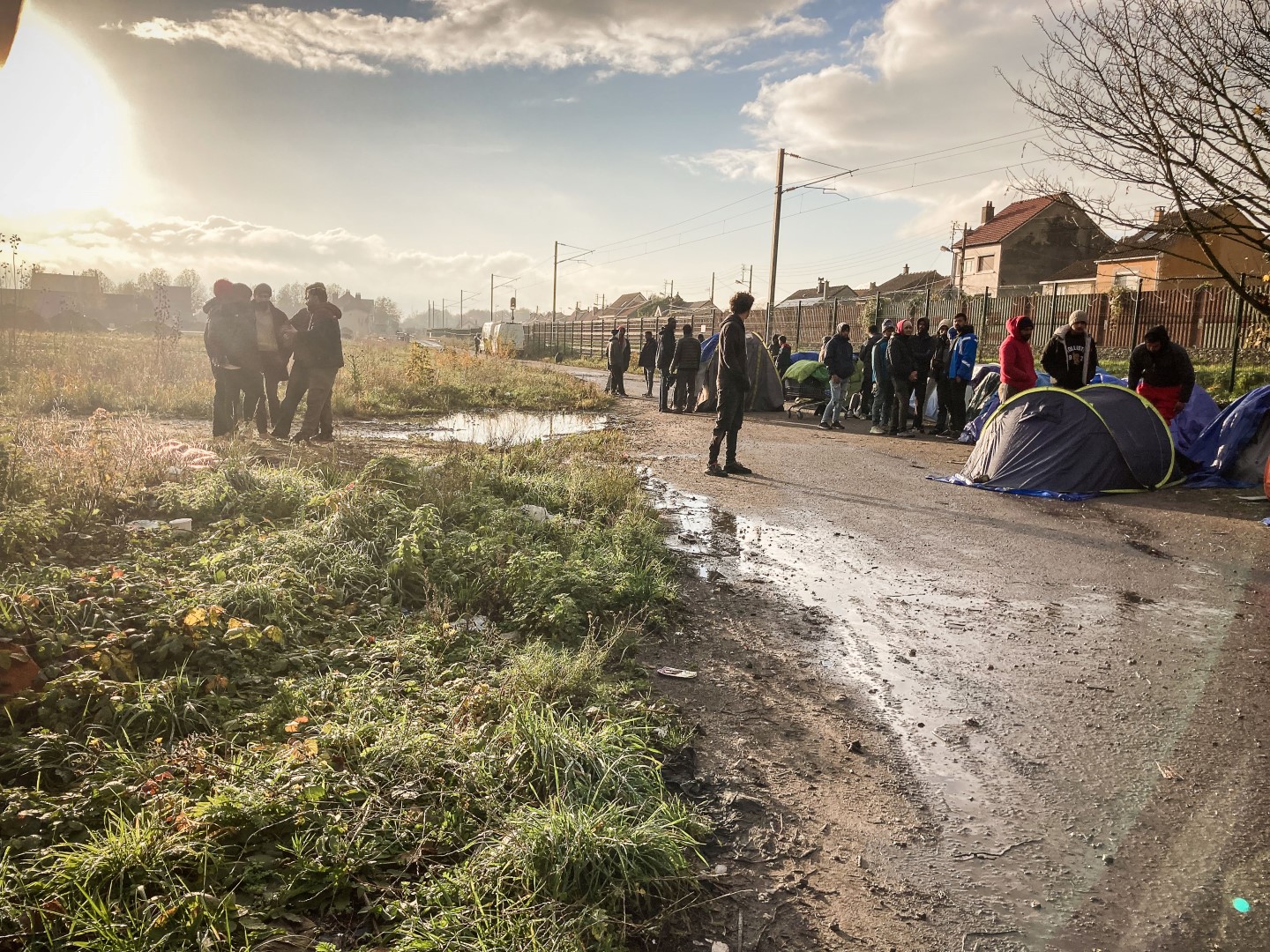 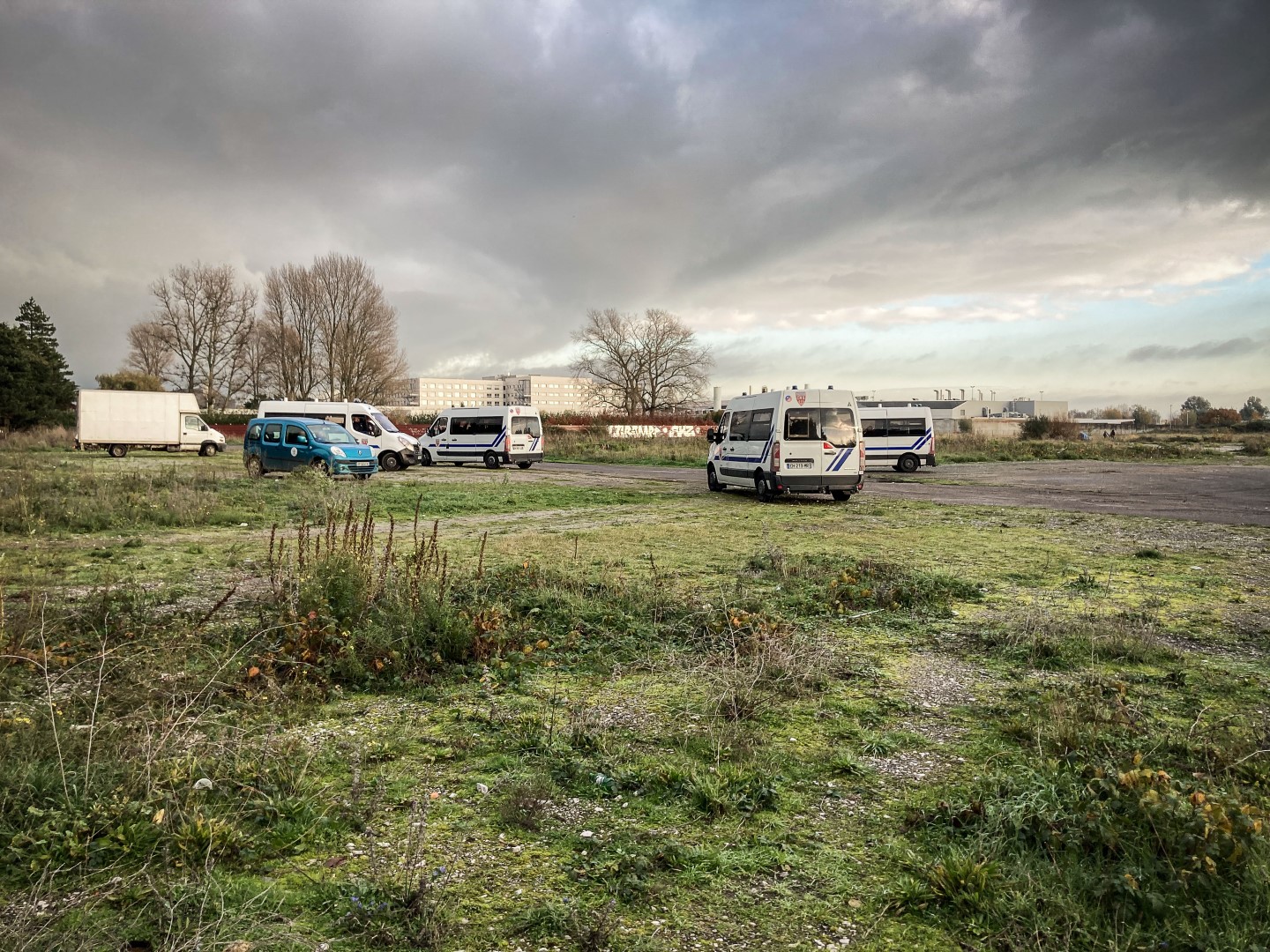