Caravan member Bruno Maul has written a very personal article about what he has experienced so far. Because the text reflects the situation of the aid team and the people on site very well, we do not want to withhold it from you:

How the time flies… Slow and fast at the same time! It’s only been a week and yet so much has happened! It’s been a week and we still have so much to do! During our first stage in Lebanon we experienced and worked a lot. Things organized and bought, painting workshops held, clown shows given… In the evening we often cannot believe that all the things we have experienced fit into one single day… So many impressions rain down on us: joy next to sorrow, poor next to it rich, hope alongside despair.

We are all like inquisitive sponges and learn new things from our friends here in Lebanon every day, which we try to absorb and process at the same time. Sometimes that works, sometimes not. Much of what is said cries out to the heavens with injustice and we humbly bow to these warm-hearted people and their way of life.

We are a bit worried about the exchange rate of the euro – to the dollar – to the Lebanese pound. Half a year ago we would have had significantly more dollars available with the same amount of euro donations, with which all larger purchases and investments in Lebanon are made. Because a few powerful white men have to play war, we too now feel what it means when our own currency is suddenly not as stable as we were used to from the past. But what is that compared to the inflation that people in Lebanon have had to experience in recent years?

When the bombs fall in Lebanon, in Syria, in Palestine, hardly any European will have to worry about not being able to pay for their daily bread. Conversely, due to the war in Europe and the sanctions imposed as a result, the bread for the people from Syria and Palestine who had fled war and misery suddenly became much more expensive (Lebanon obtains/received a large part of the grain from Russia). Even for Lebanese, it is now often no longer possible to make a living. Many young locals move back to their parents or go abroad.
We hear these stories from Kamar, our Lebanese friend and companion on our tours. We hear them from Mikel, Batoul, Baha, Nazar, Mirwet, … And at the same time, it is precisely these people who do everything to sow a little hope. The schools that create texts that share their knowledge with others that help us to help others…

The image of the “human family” that we value so much becomes palpable and tangible here in the truest sense. While Mikel, a muscle-bound Syrian Christian in the Palestinian refugee ghetto “Shatila” spontaneously and unexpectedly gives me a back massage for my intervertebral disc problems, I try to describe to him what the term “human family” means to us. He understood very quickly and says: “That’s exactly what we talked about yesterday when we realized it wasn’t fair that your children have more right to an education than mine.” We are silent and I feel tears welling up in my eyes again. I don’t know if it’s out of emotion that we get along so well or out of anger at this injustice.

Pascal was given the title “Lebanese taxi driver” by our Lebanese friends because he understood that a red traffic light here is only a recommendation to stop, and overtaking on the right and left is only beneficial to the flow of traffic. He is sure to steer us back and forth through Beirut on our errand trips. Sometimes I wonder if it makes sense when we spend hours cruising through this big city looking for DIN A2 paper, whiteboard markers or a good exchange rate. Even the often said saying “a drop in the bucket” sometimes fades for me.

But when Anita, Stefan, Heiko and Sonja make children’s hearts beat faster with their clown shows or Till, Anja and Sabine with their painting workshops within a few minutes create an incredible calm and concentration of the many children in the cramped classrooms, then the spark is there again Hope, the little drop that makes such a big difference to “doing nothing”.

Yesterday we had the feeling of having triggered a real “waterfall” when we helped found another school in the “Palestinian camp” in Burj Barajneh. A few days earlier we had an hour-long conversation with the young teachers who emailed Pascal to ask for help. They described their situation to us. Similar to Shatila, the problem here was that there was simply no money to rent classrooms. However, the needs of a school exceeded the size of the small roof terrace, on which the teachers have been trying to give as many children as possible access to education.

Although we had already promised to support them at the first meeting, the ladies couldn’t believe that a few days later we actually kept our promise and handed over the annual rent for the new school building (a three-room apartment) to the owner. The shining eyes of the teachers were in no way inferior to those of the children at the clown shows. How unlikely is it that an email to a tiny NGO like the “Caravan of Humanity” will make your dream of having your own school come true? Not so unlikely! In our case rather: typical caravan! We will be reporting again and again on this school project in the years to come.

The size of our “caravan” has also reached a peak here on site. Being on site with ten people also requires some interpersonal awareness. After work we talk a lot about what we have experienced, discuss the next few days and humor is not neglected in this constellation. 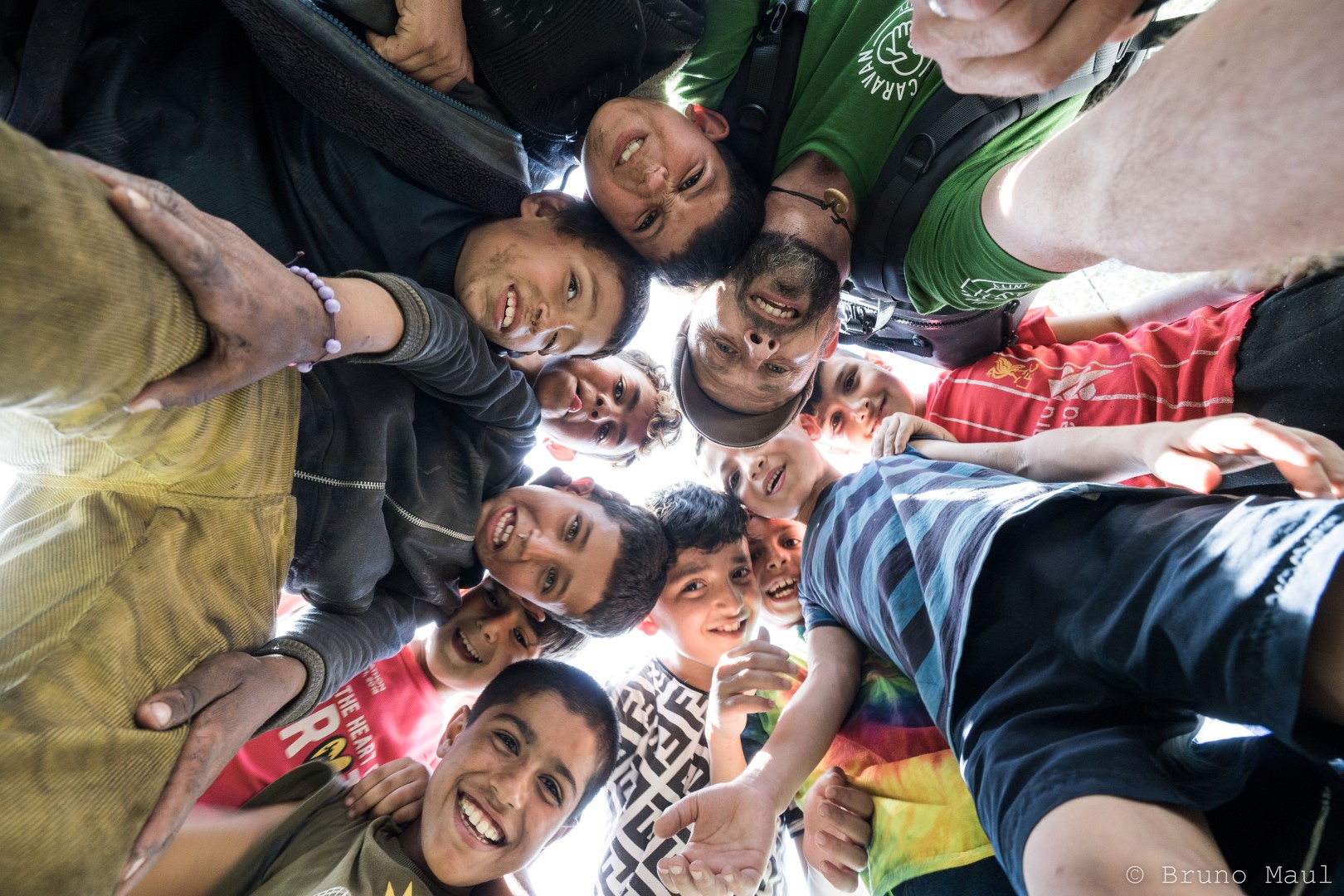 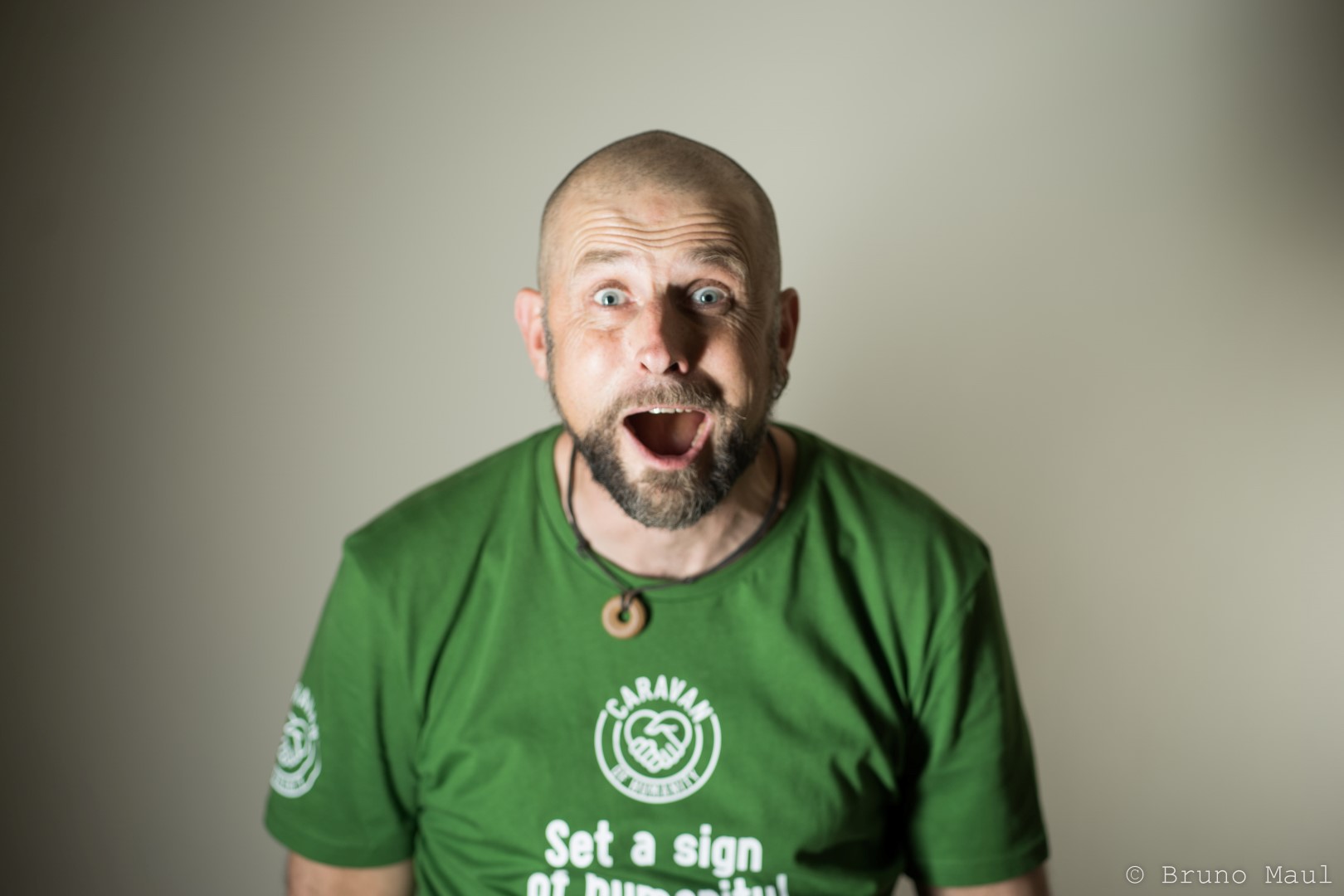 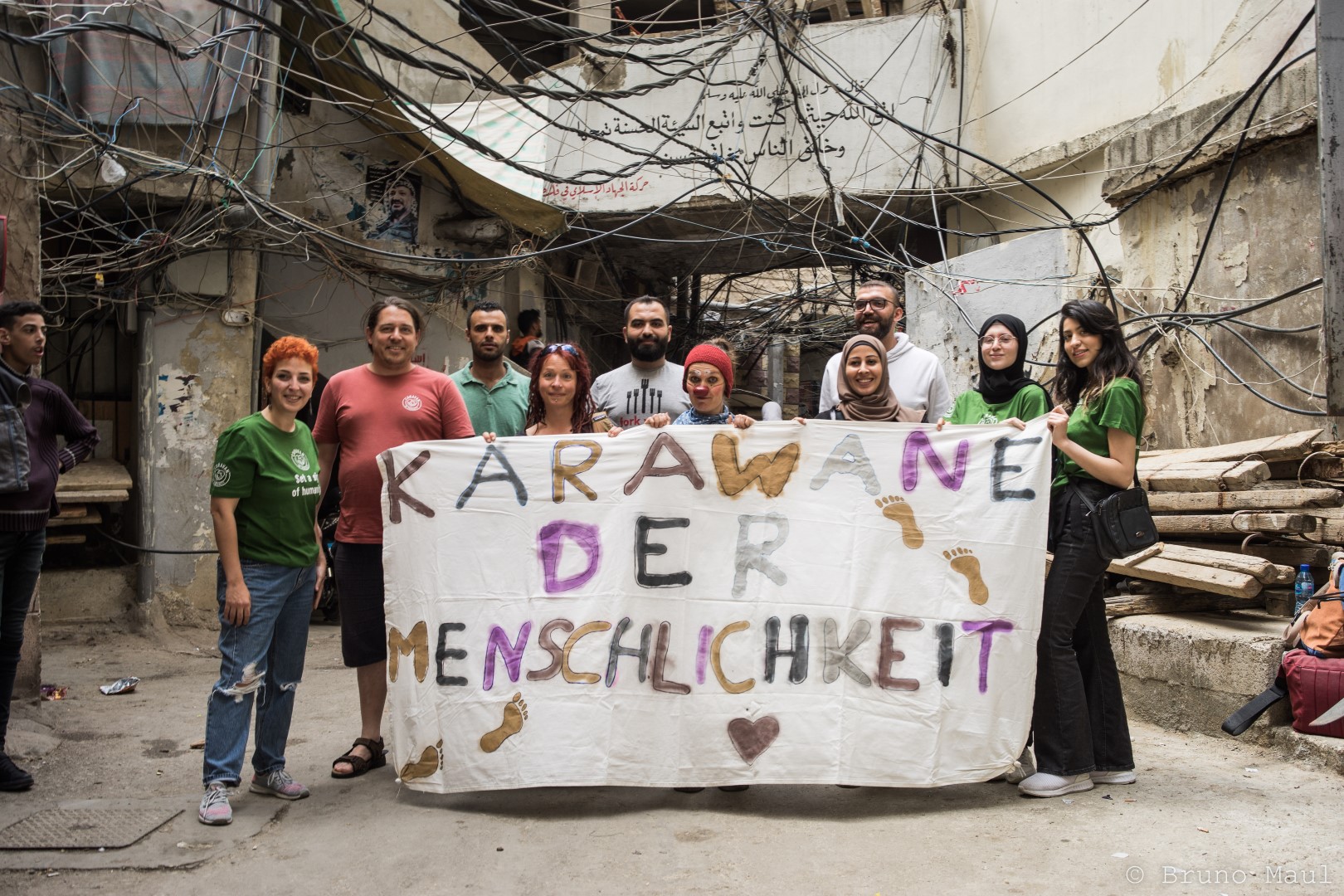 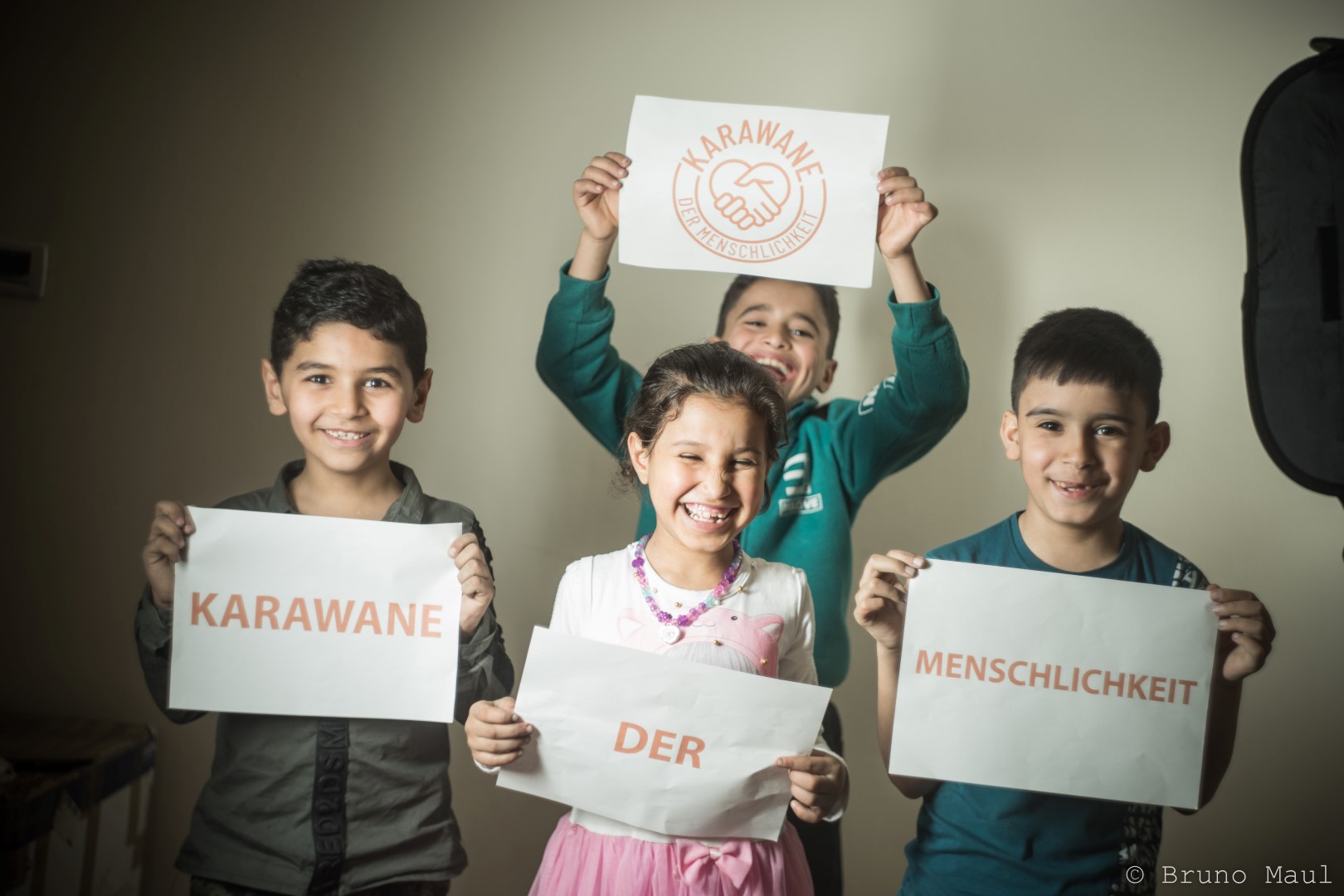