Skip to content
Aid delivery for orphans in Lebanon

We need your support: Aid delivery for orphans in Lebanon

The CARAVAN OF HUMANITY starts a new aid project and supports orphans in Lebanon.

Lebanon lies between Syria and Israel and is slightly smaller than Upper Austria. Unfortunately, the country is in a deep crisis: no government capable of working, the gigantic explosion last year left a picture of the devastation in the capital, the people are suffering from a massive shortage of supplies. There is a shortage of food, gasoline, electricity, medicines and much more. In some places there is no access to water. Nevertheless, over 2 million refugees from Syria and Palestine found refuge in Lebanon.

The crisis hits the most helpless: Thousands of orphans fear for their future, winter is approaching. The CARAVAN OF HUMANITY helps the orphans who have fled and asks for donations in kind and money. In October these will be handed over personally to those in need in Lebanon.

For this we need your support again and urgently ask for donations in kind and money for the orphans.

Donations are urgently needed, which we will give directly to NGOs for their important work for the orphans who have fled in Lebanon. If as many people as possible make a small contribution (maybe 10, 20 or 50 euros), great things can be achieved and the plight of the children alleviated.

Together we help orphaned children in need.
And together we can set a sign of humanity. 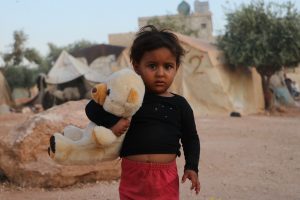